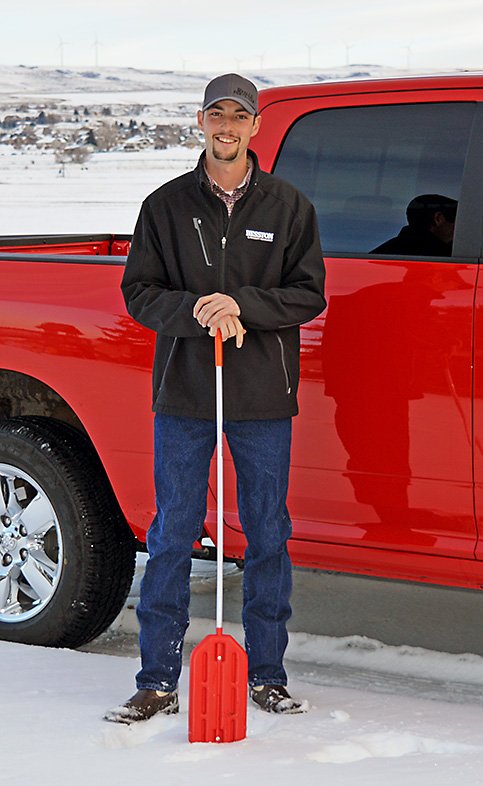 “This was a surprise,” said Steele upon learning he had been selected for the award. “I’m definitely not famous and don’t have a super big operation. I just try to make legitimate deals, be honest, and participate in the industry. I appreciate that someone noticed.”

A third-generation cattleman, Ryan operates a 4,500-head feed yard near Idaho Falls. He raises dairy heifers for Magic Valley customers and buys/sells/backgrounds his own beef cattle. He is on the board of the Bonneville County Cattlemen’s Association and represents District 4 on the Idaho Cattle Association Board of Directors. He is a member of the National Cattlemen’s Beef Association.

Steele Farms Inc. feed yard is part of the value chain of quality food products from Eastern Idaho and has a high local economic multiplier. Feeding cattle is an expensive, volatile and competitive industry sector and Ryan is constantly examining market data, contacting industry mentors and examining his own production systems for higher efficiency.

Ryan says his heart has always been in the cattle industry. He grew up on the family farm and helping on his grandfather’s ranch in the Bone area. At age 15 he was approved for a Farm Service Agency loan for $10,000. Borrowing the farm truck and an old stock trailer he began buying from area ranchers and auctions, feeding a few calves and learning how to select, care for and sell profitably. After high school and a couple years of college, he took over the feedlot side of Steele Farms Inc., which they split from the farming operation run by his father, Scott Steele.

Good production practices and giving back to the industry go hand-in-hand in Ryan’s family. His grandfather, Ralph Steele, was a 1998 Eastern Idaho Agriculture Hall of Fame inductee, notable agricultural and civic leader, Idaho Cattle Feeders Association president, and Idaho legislator. His father has also been active in agricultural organizations.

“I was raised knowing that we should be involved – all producers should be involved- in the industry and advocacy groups that represent us. People think a lot of issues are so far away but regulations, trade barriers, farm bill, and a lot of other issues directly affect you right here,” he says. “It does take extra time and expense to get involved but if there isn’t a voice from those in the business to decision makers and politicians, they won’t understand or care about us or our issues.”

“It’s not a business where you can just turn off the lights and leave for days at a time,” Steele acknowledges. “But I’ve got some great employees and with some planning I can get away for a few meetings.”

Of the Ed Duren Memorial Young Producer Award, he added “I’m honored to be picked. I try to learn and improve and do a good job. It’s nice to get some recognition for the feedlot business.”